Though not a household name (Yet) Macphun Software has been making quite a bit of buzz in the Photo Editing software market since their founding in 2008. They started off making mostly photography related iPhone apps and soon moved to full featured Software for Mac, besides their apps for iPhone and iPad™ use. Sorry, Mac only, which is OK since Photographers seem to be the most loyal Apple Fans

Two weeks ago, Macphun released their latest Photography Application: Tonality Pro, a Black & White Conversion tool. In the Pro Version for Mac, it is a Standalone or can be used as a Plug-in for Lightroom and Photosho

p. So it will be the subject of my latest review.

I’ll start off saying I am really tough on B & W conversions. I have a lot of thoughts on what I think they should accomplish, some is based on science some is based on art and the two sometimes don’t align. So when my friends over at Macphun asked me to check it out, I was l kinda like – Yeah, Yeah another B & W app – But then I really liked it. So then I had to figure out why.

Some of the features that make it stand out:

So, I’m really going to cut to the chase. I could go on and do a review and run down every module that Tonality has and tell you all about them. Just so you know what they are, here I’ll run them down for you from top to bottom

The IT in IT

But for me, the only Module I really care about is Tone,

with Clarity & Structure and Color Filter playing a supporting role. How I think about Black & White is; If you don’t get the initial conversions right then anything you throw on top of it doesn’t really matter. But that’s me. I’m old school and for the most part a purist (Except for some rare occasions I let my non existent hair down) Even though I am Old School doesn’t mean I don’t do nor is the program not capable of  New School which I will show later in examples.

So looking at Tonality’s Tone module is where I want to focus because it is here where this software excels.

Right off the bat, the default conversion is closest to what I feel is ideal of any of the major B & W Programs.  I feel that lightness values of Hues should convert directly to Tones in an absolute measurement. Not everyone agrees with that and some use lightness “Perception” as the eye sees instead. I don’t have anyone confirming that that’s what they do because no one really says. But I found Tonality closest to what I consider ideal. Most other conversions software do it differently and I believe the methods they use results in a Blocking up of the shadows right from the start before you even touch a slider. So for me, this gives Tonality an edge. Please note I am not a Scientist or Engineer and this is just anecdotal of being a Photographer and how I think things should look.

So, progressing on to actually moving sliders: It is the top 4 sliders in Tonality are what I feel makes this program

Just using combinations of these four sliders can yield great results and many different results depending on your artistic vision without even going much further down the Module lineup, unless of course you want to

The sliders have a ton of latitude so you have to be careful cuz you can get things out of control. But they don’t run out of room like some of the controls in Lightroom do where you just wish they had a bit more

And it is the Adaptive Exposure control and the Smart Contrast controls that enable you to get things as you want since they provide a means to compress/expand dynamics in the image. Many programs or people doing conversions to Black & White concentrate on the shadows, which of course are important. So they look for a program that brings out the most tonality in shadows and holds detail. But in a lot of programs and even people minds, they forget about the details in highlight. Tonality Pro does a great job holding detail in shadows, but it’s incredible the detail it can hold in highlight.

I mostly shoot Landscapes and a majority of the ones I shoot contain clouds because clouds add a great amount of interest to an image. Because of that, if I have a program that holds detail in clouds shot midday that can mean everything to my Black & White conversion. Tonality Pro does this better then any method I use. In the sample image, I used of clouds filled sky over grasslands in Southern California. Using my traditional methods I was able to get a good looking shot. But it meant doing two different conversions/contrast adjustments and then masking them together. It came out nice but it was a lot of work. Using Tonality and using one slider in the tone section (-42 Adaptive Exposure) I was able to blow away that image in an instant and have better detail in the highlights. To finish that image, I also added a bit of structure and then pulled down the Blue Slider to darken the sky. That’s it, 3 sliders to a great image

Now if I wanted to do two different conversions, one for sky, one for foreground, with Tonality Pro’s layering ability I could have done that too. And with it ability to “Use Original Source” in the Layers Menu, you are able to introduce back into the shot the color image if you wish to do some neat Desat looks, where you combine the great Textures of a Black & White conversion into a partially colored image

So that’s what “I” like about Macphun’s Tonality Pro

Quickly running through the rest of the modules

Clarity and Structure: Having both is nice, while they work similarly, Clarity increases midtone contrast including edges, Structure works on Midtone contrast but excludes edge contrast (Textural) Just go easy on these controls…well unless you like that look

Color Filters: These work as expected but they actually work much better then Lightroom’s. Lightroom’s can get funky when pushed too hard introducing some white edging on areas of different hue. Tonality doesn’t. Big plus for me

Glow: Since in this program, Clarity only works in a positive function it was nice having a separate Glow function if you want more of a dreamy look or less detailed image which I have been playing with a lot lately

Lens Blur: worked as expected but there are probably better stand alone programs if you really want to work on this but it’s good if you want a Vignette to both darken and Blur at the edges

Texture Overlay: For someone that doesn’t do this much I actually found it worked great on one of my images. It also allows you to use your own texture you may have created in the program. It has some Film textures so if you want that Wet Plate Oyster

Grain: worked well and as expected

Opacity: Is a nice control to have in that if you like the look but just want to vary it ALL then you can pull this back without having to do layers in Photoshop. One other nice feature is that on every Preset there is an Opacity Slider so you can vary the preset effect right from the Preset thumbnail. I like that

Presets: There are 150 Presets included and then the ability to create your own. I’m working on some presets that I think may work well that I may offer at a later date

Final word: While I am still Old school in my conversions and thoughts and yes I still will at times use my Old School method,I have nearly every Black & White Plug- in there is on the market…This is the one I use

If you would like to Try or Buy Macphun’s Tonality Pro (Remember Mac OS only {OS10.8 and Higher}) Click on the Link Below 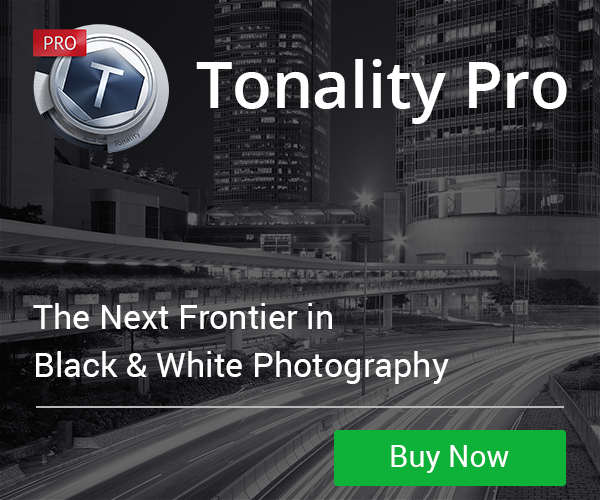 These first 4 are typical Landscape presets that I made. Click to enlarge

This is an example showing that High Texture Old and Weathered Portrait look. Unfortunately I get to be old and weathered. Note, never use this on a woman unless she is 100 Years old and from Bangladesh, and she still will kick your ass. On men it’s “Character”, on women…not so much